We began this family photo session in Rome in Via dei Capellari overlooking Piazza Campo dei Fiori.  We photographed underneath the statue of Giordano Bruno as the fruit and vegetable market was coming to an end.  The wheretorome transfer was waiting for us in the nearby Piazza Farnese.  After a very short ride we stepped off in Piazza Navona where we bought a nice painting of typical Italian wines.  We photographed all the way through the piazza and in around the water fountain.  There was a cowboy mime in the piazza waiting to be activated by a coin.  Little did he know that we were wearing real cowboy boots!

Then back in the mini van which thankfully had air condition and off to Ponte and Castle Sant’Angelo.  We walked down the bridge to the Castle as the minivan picked us up on the other side.  The Vatican was just around the corner and we were there in no time.  We photographed underneath the beautiful columns and under Saint Peter’s Basilica.  We took different photos also walking together in the piazza shooting against the sun which gives off such a great summer feeling.  The Gianicolo water fountain next with a sweeping view over the roman skyline.  The water fountain was great even though it was  fenced off for repair.   Our last stop was the roman Colosseum in all its splendor!

I would also like to thank Sergio for the wonderful work as a second photographer and for such pleasurable company! 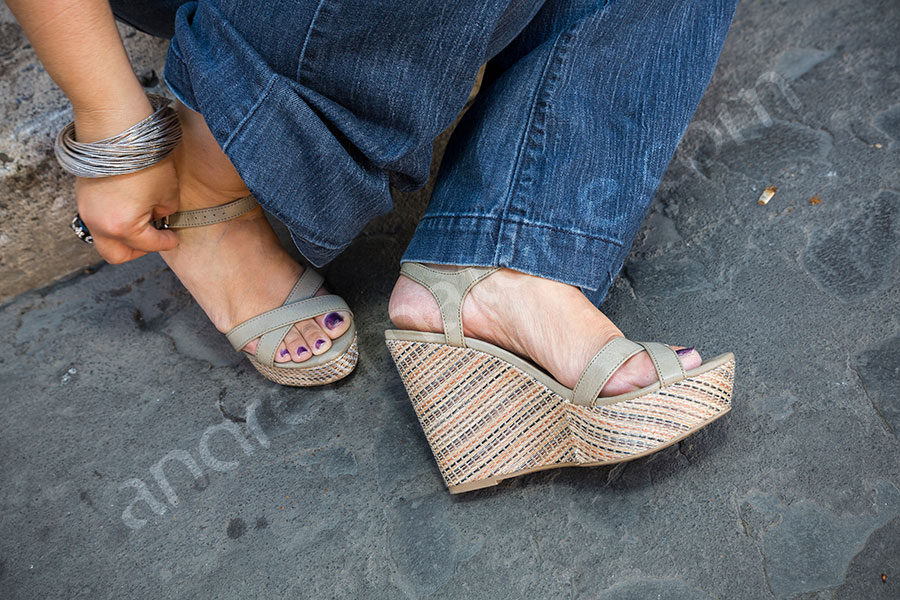 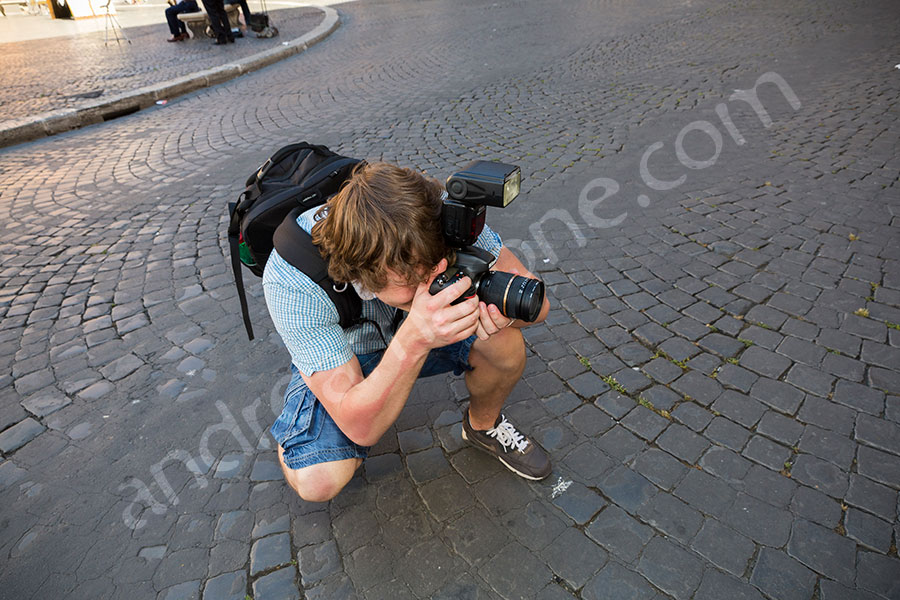 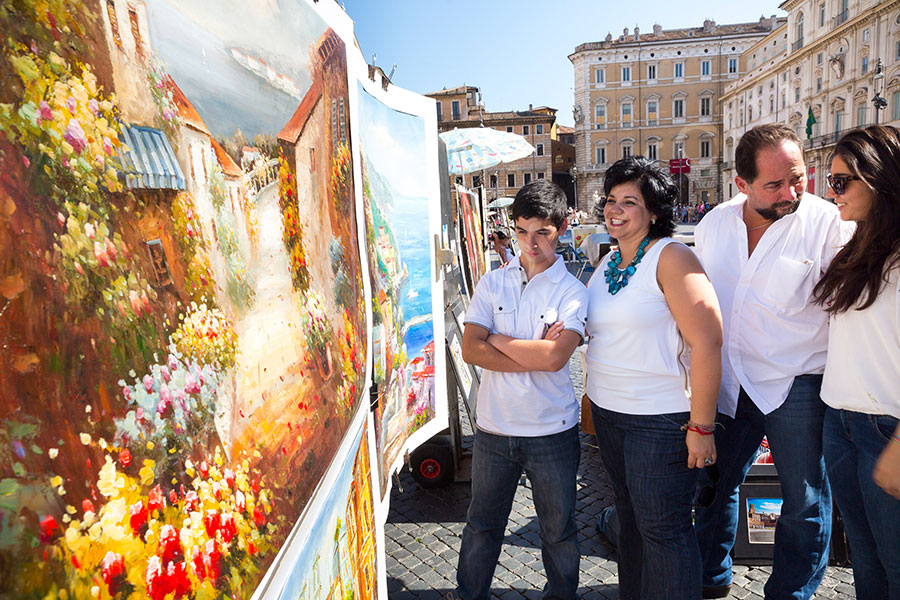 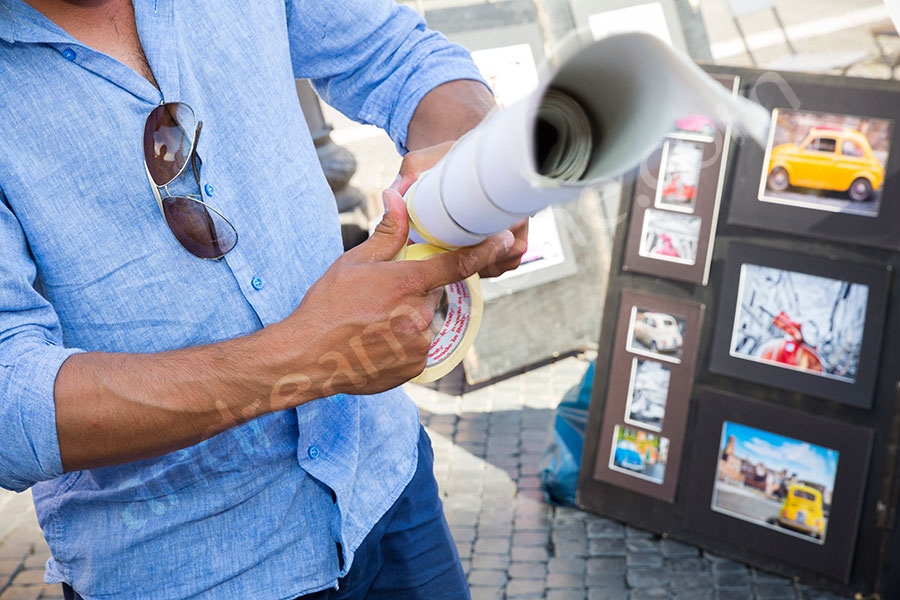 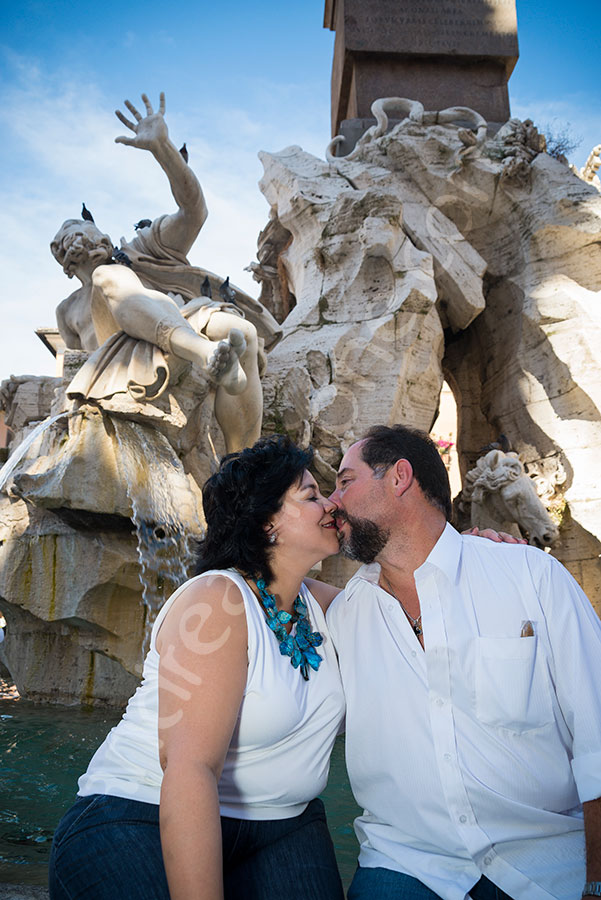 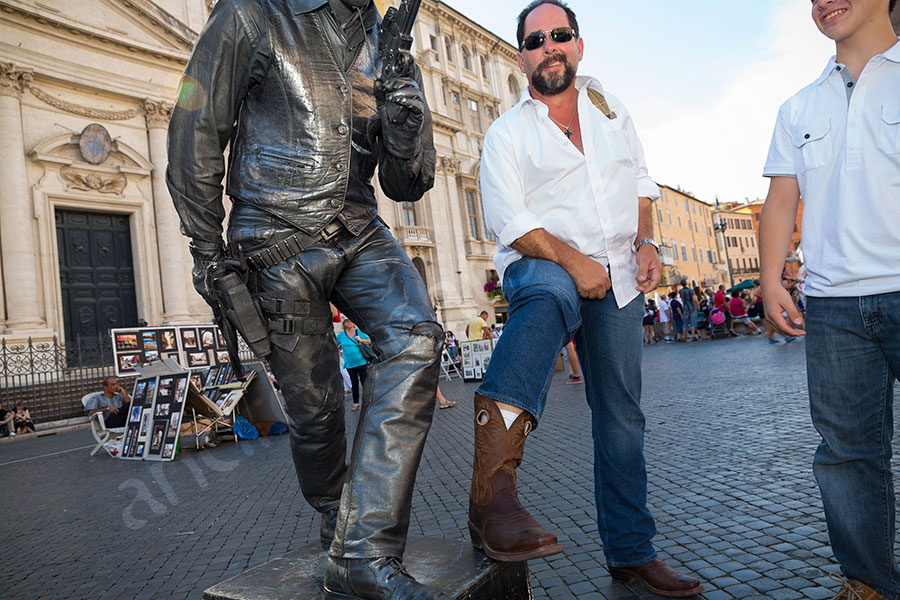 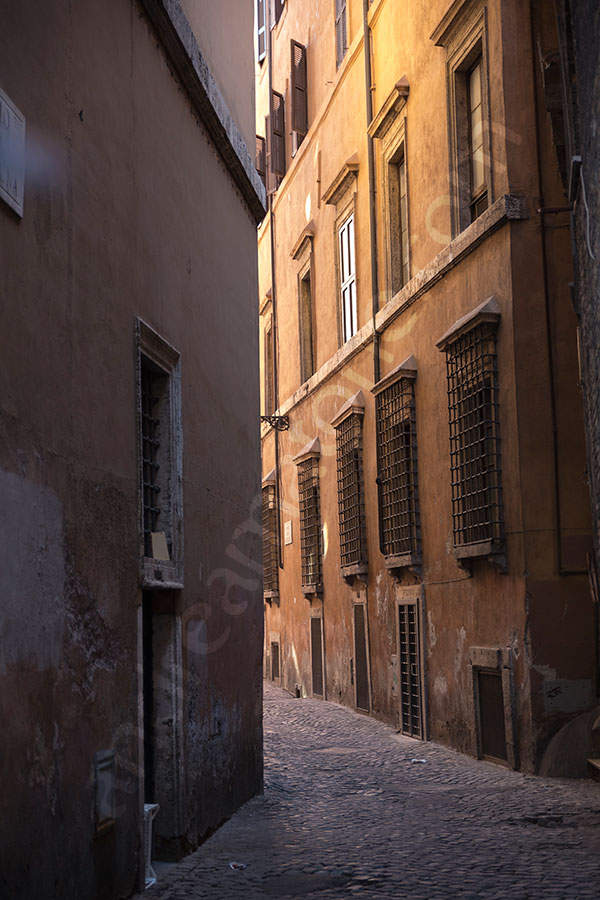 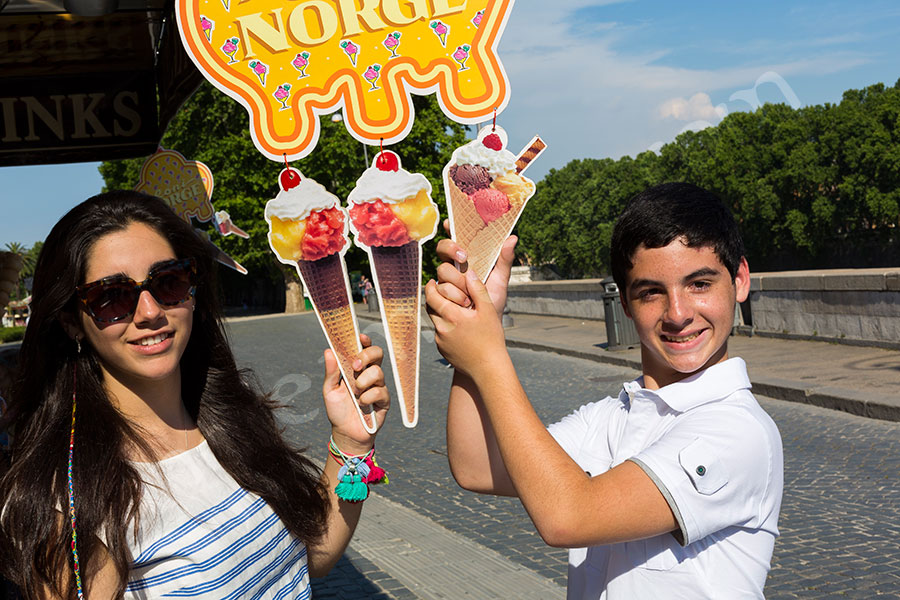 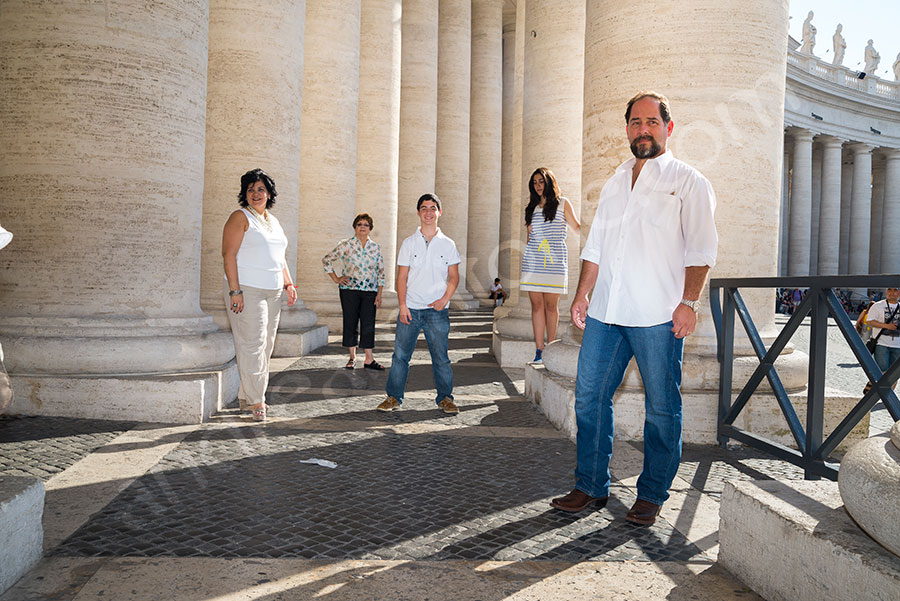 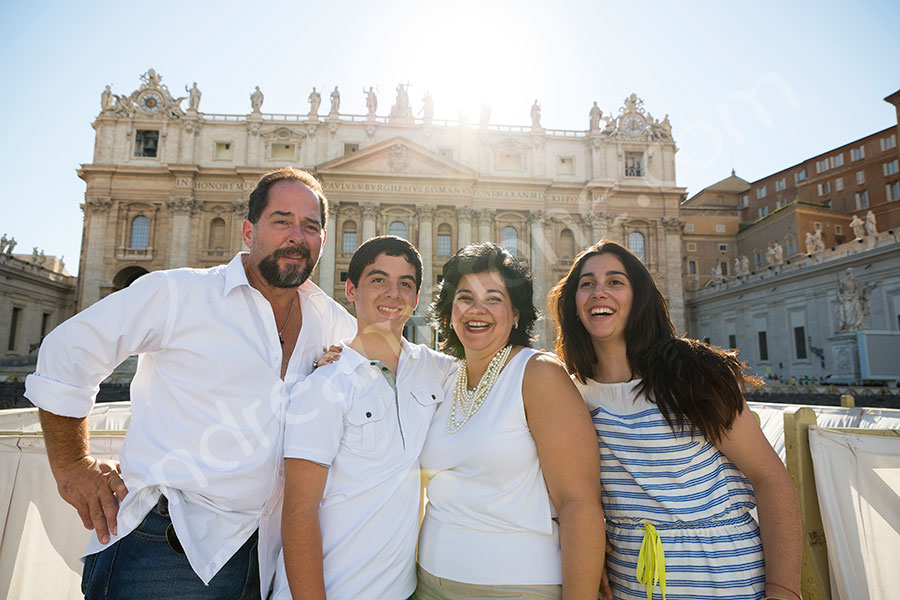 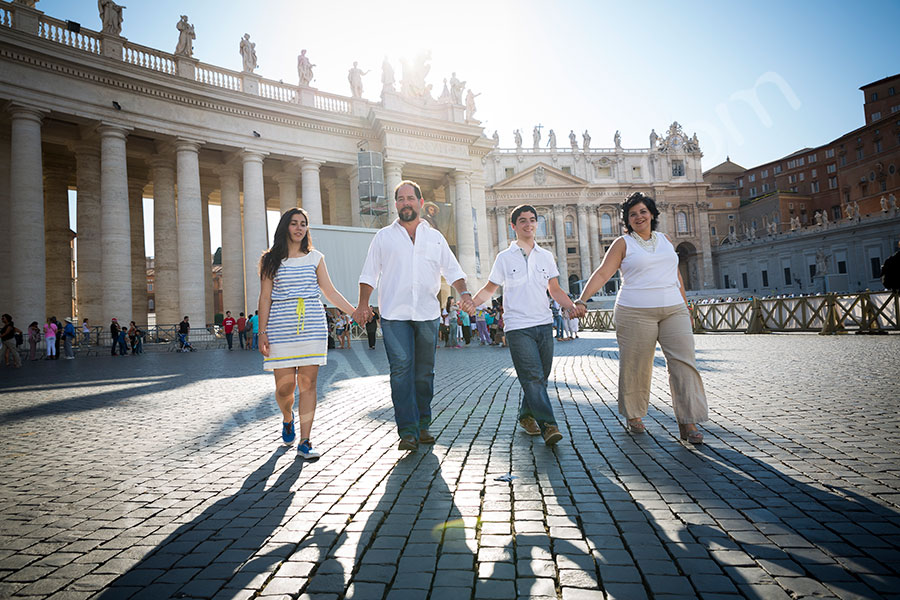 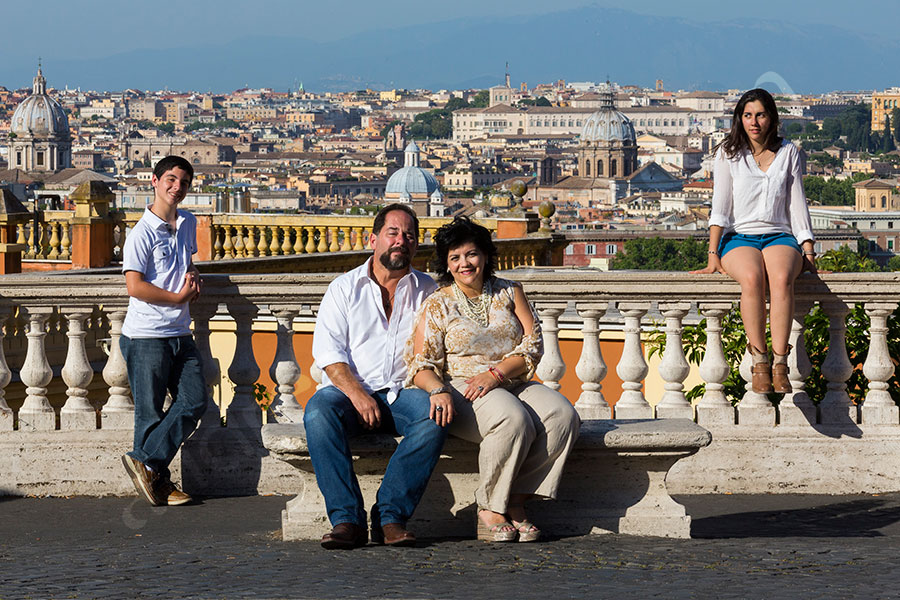 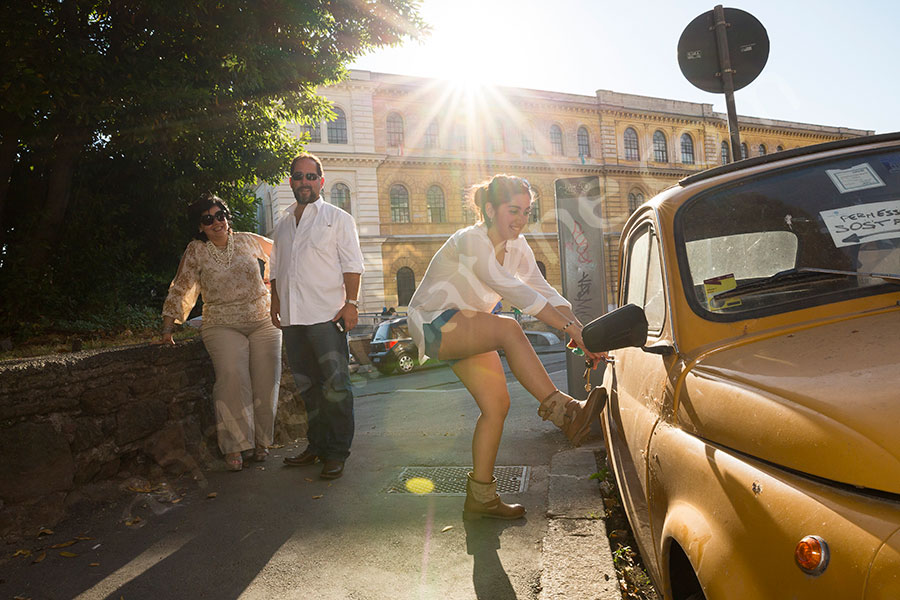 More details and information on out Photo Tours.  Looking for a Family photographer in Rome?