Venice must be just about the most spectacular place for a photo tour. With its intriguing alleyways and canals navigated by boats and gondolas. So this was an enchanting family photography session which started at Hotel PalazzinaG near Palazzo Grasso.
Our objective was to reach Saint Mark’s square and photograph the best scenes we found walking along the way. Venice is so full of incredible views that we had no problem finding interesting backdrops and situations. 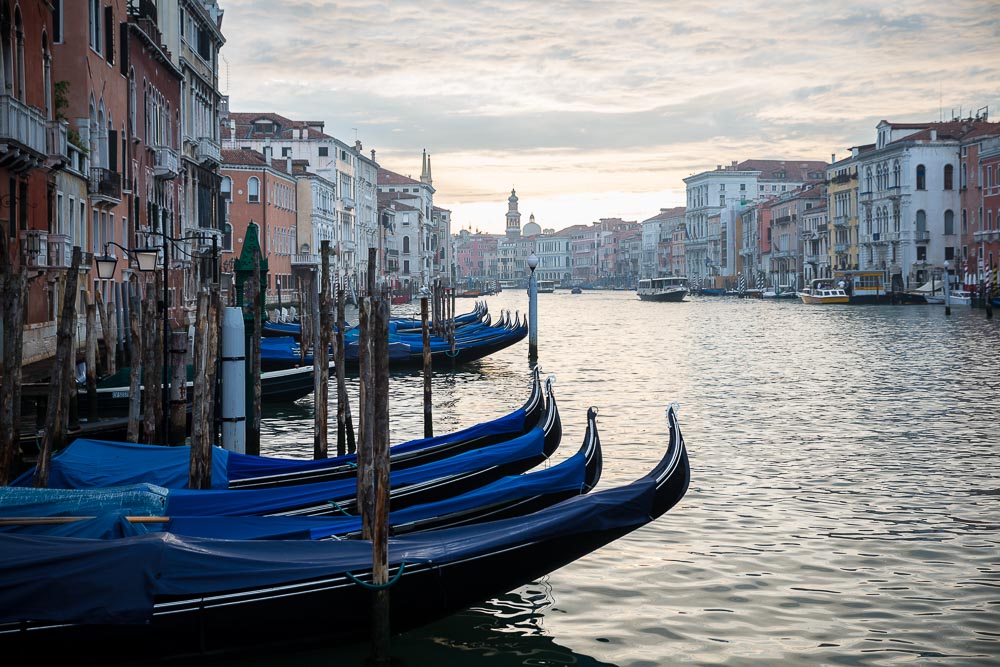 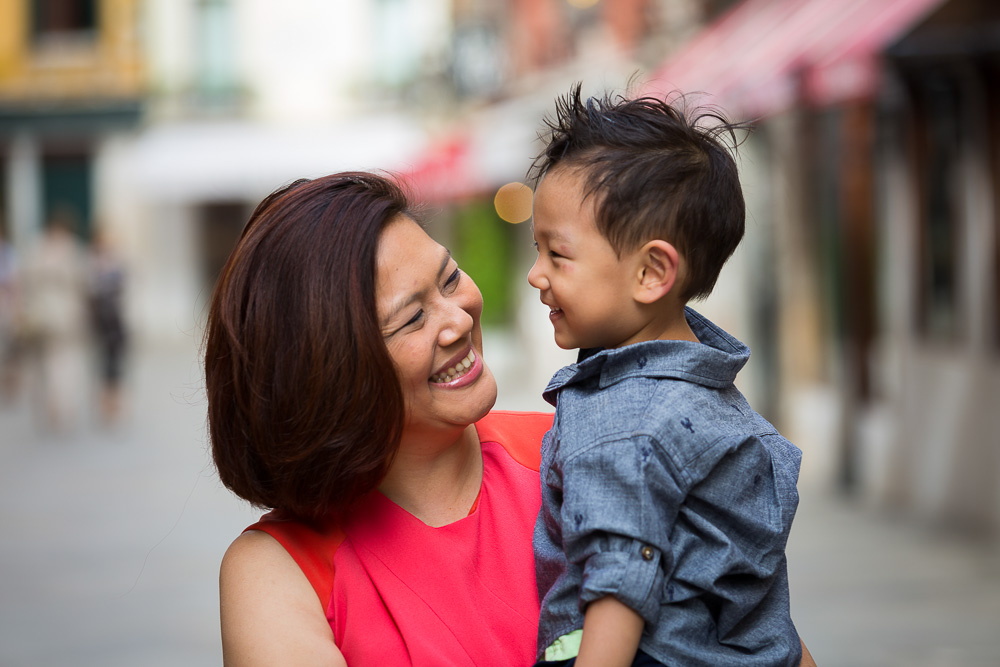 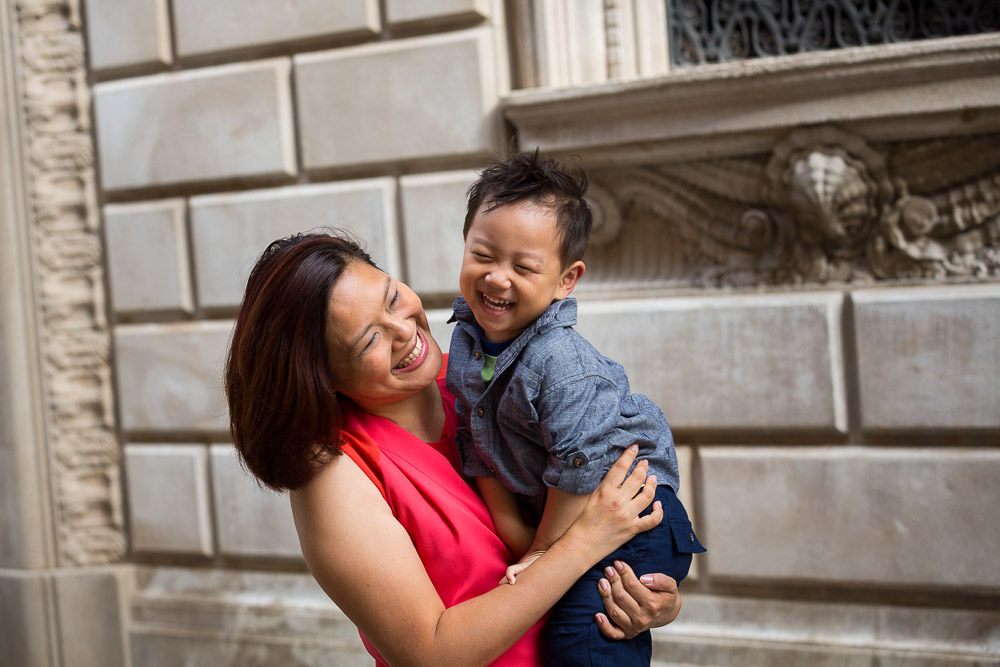 The first main square we reached was Campo Santo Stefano where we posed some family photographs in around a water well and running around in the square. Every canal and characteristic bridge was a temptation for a photograph! When we reached Church Santa Maria del Giglio we sat down for a quick picture.
We were also able to take an ambitious photo by the Gondola service jetty trying to minimize the crowd impact in the picture frame.

Once we reached this astounding palace and plaza, a wide array of picture options opened up for us. So we took some time here investing in some really cool family photography. Walking underneath the portico exploiting the beautiful light that shines through from the sides. Then playing with the pigeons! We did this many times!
There were musicians playing nice classical music from one of the bars that faces the square that accompanied our photo shoot. 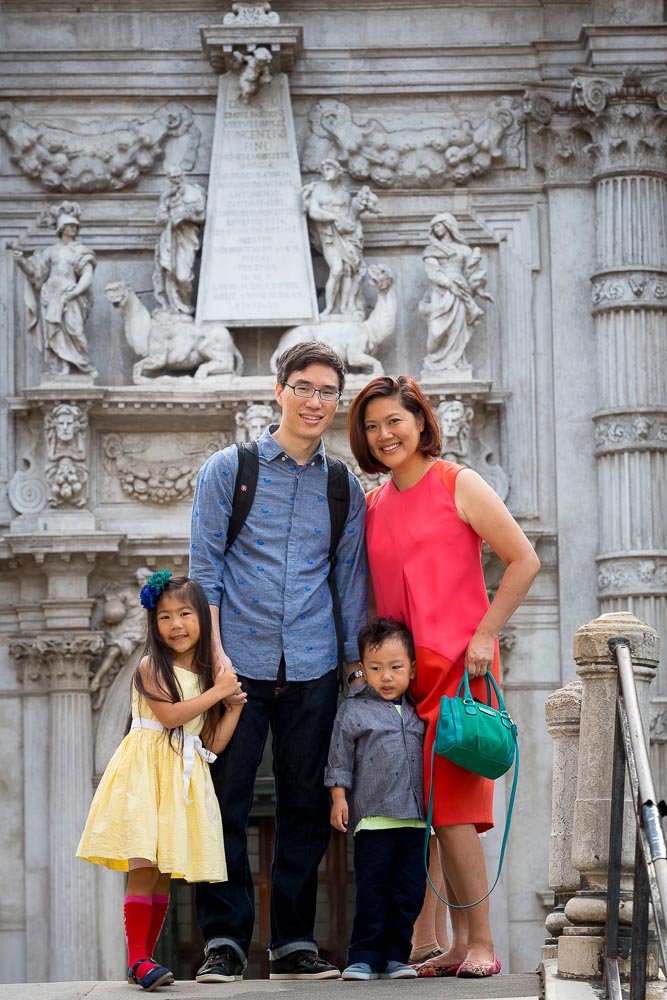 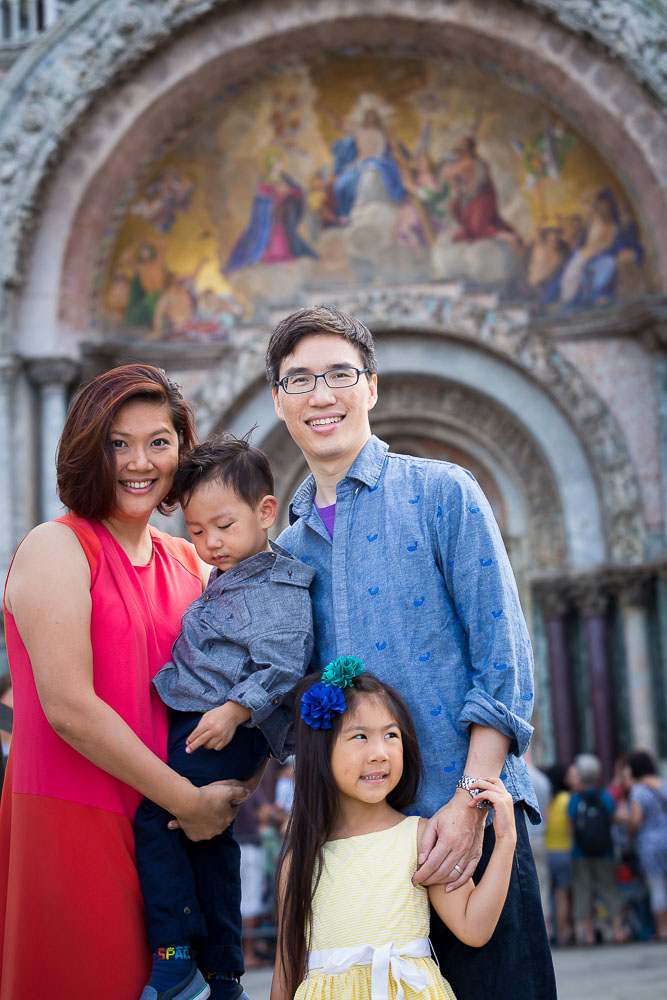 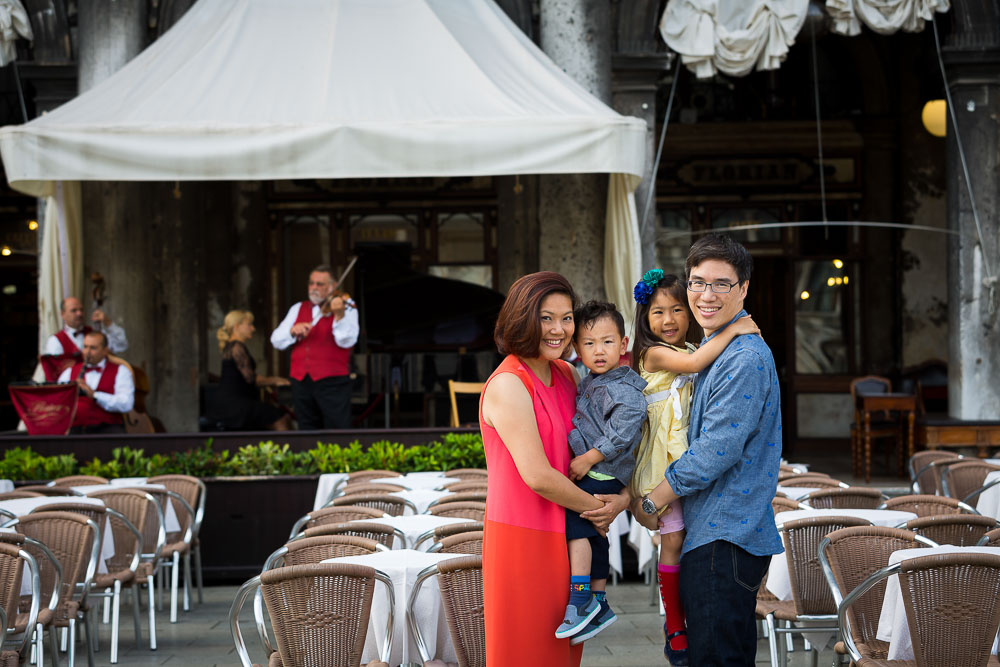 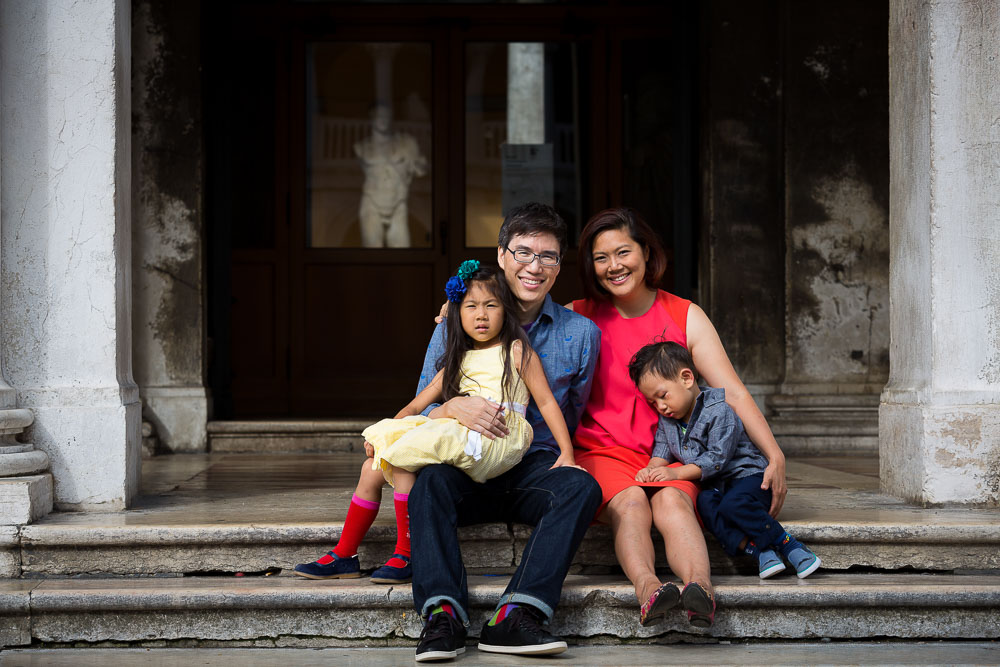 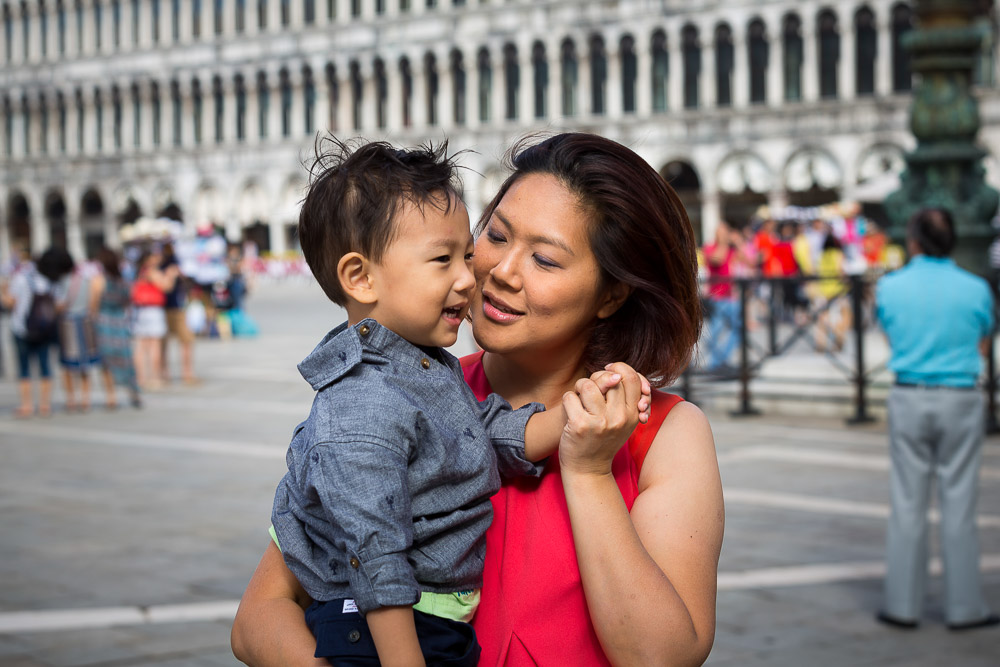 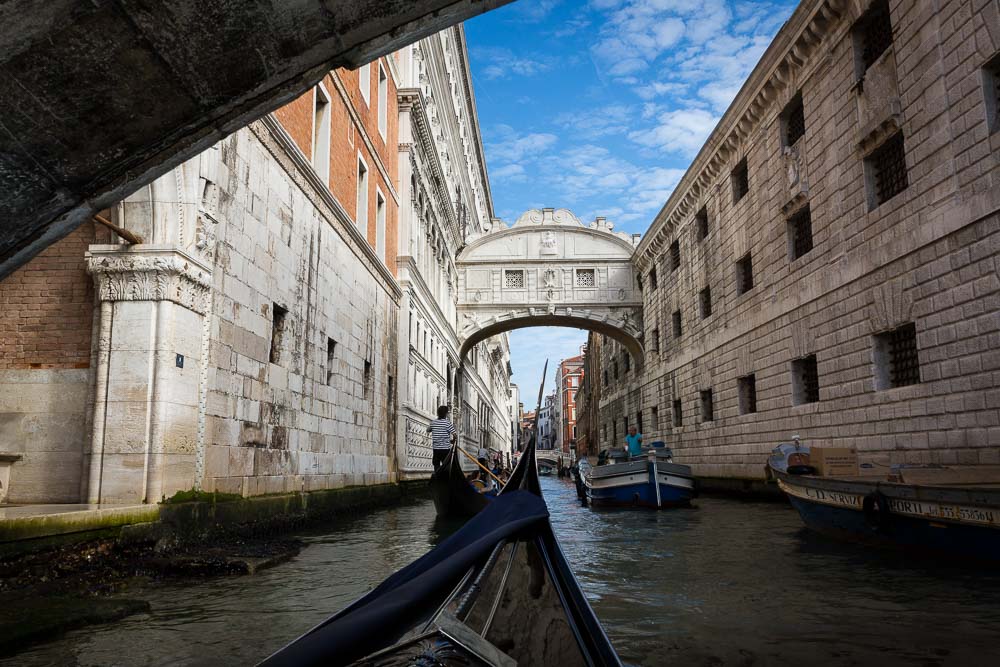 Then it dawned on us. Let’s take a gondola ride through the canals. A truly unique photo tour experience. I just needed to set up the right photographic equipment and we were ready to begin. The experience was once in a lifetime and the views we saw and photographed were breathtaking.

A side view of the Rialto bridge 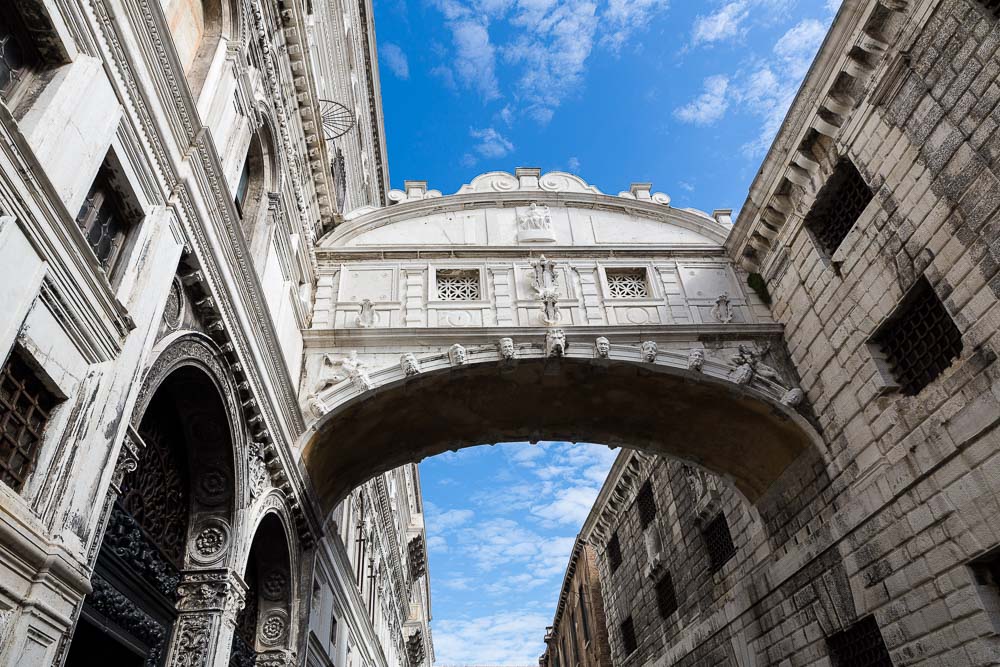 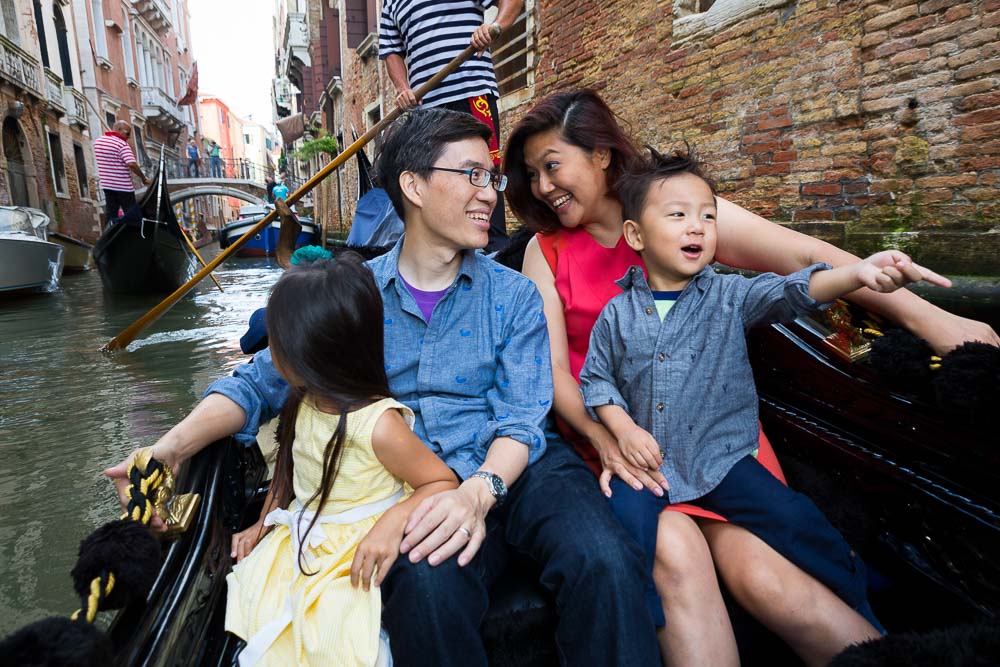 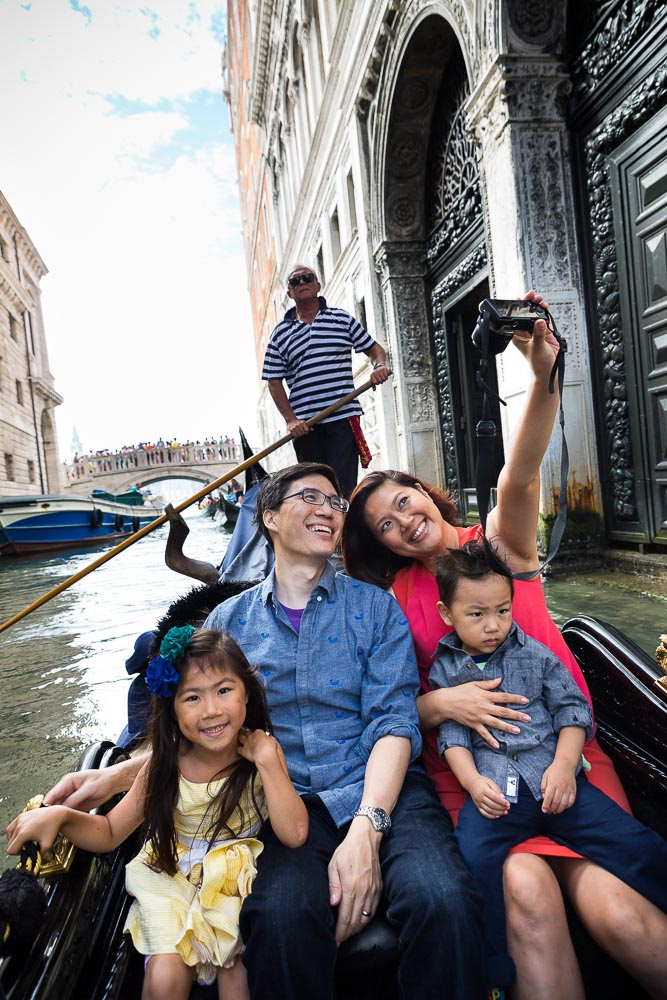 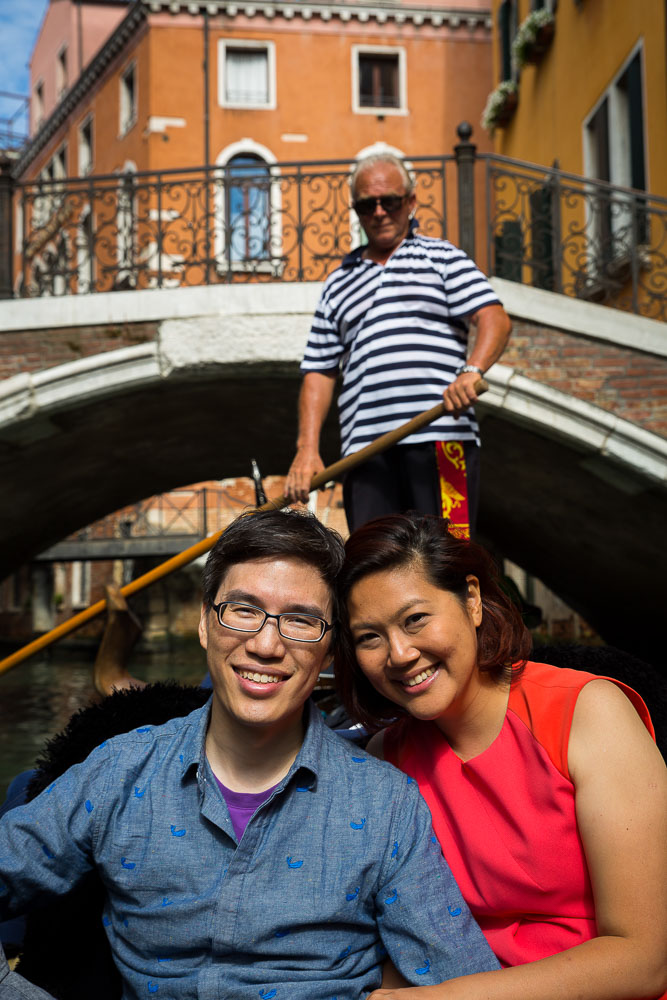 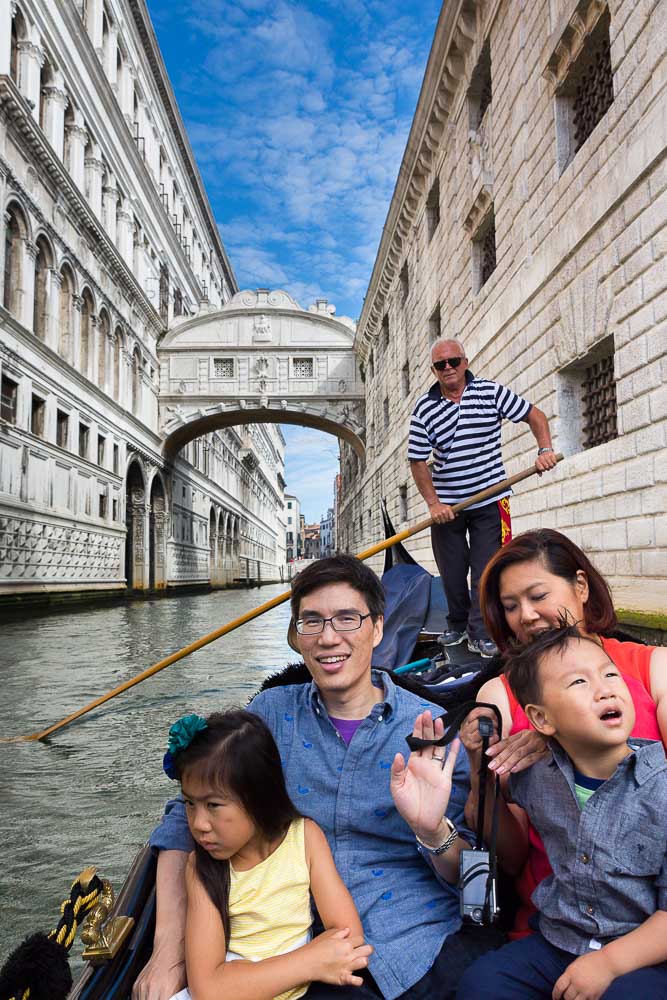 We really love all the photos that you took and enjoyed our photo taking experience. You are really patient and gentle with our family which made us very comfortable and in addition to taking photos provided us with lots of great information about Rome and Venice. The minivan driver Fabrizio is so nice and patient also provides lots of great info regarding Rome. The photos are excellent and had gotten so many great responses from our friends. They also contains so many different style feeling and background locations. So genuine capture of our family with different varieties.

This was Part II of a family photo session taking place in Venice Italy.
Check out the first Part I which took place in Rome.